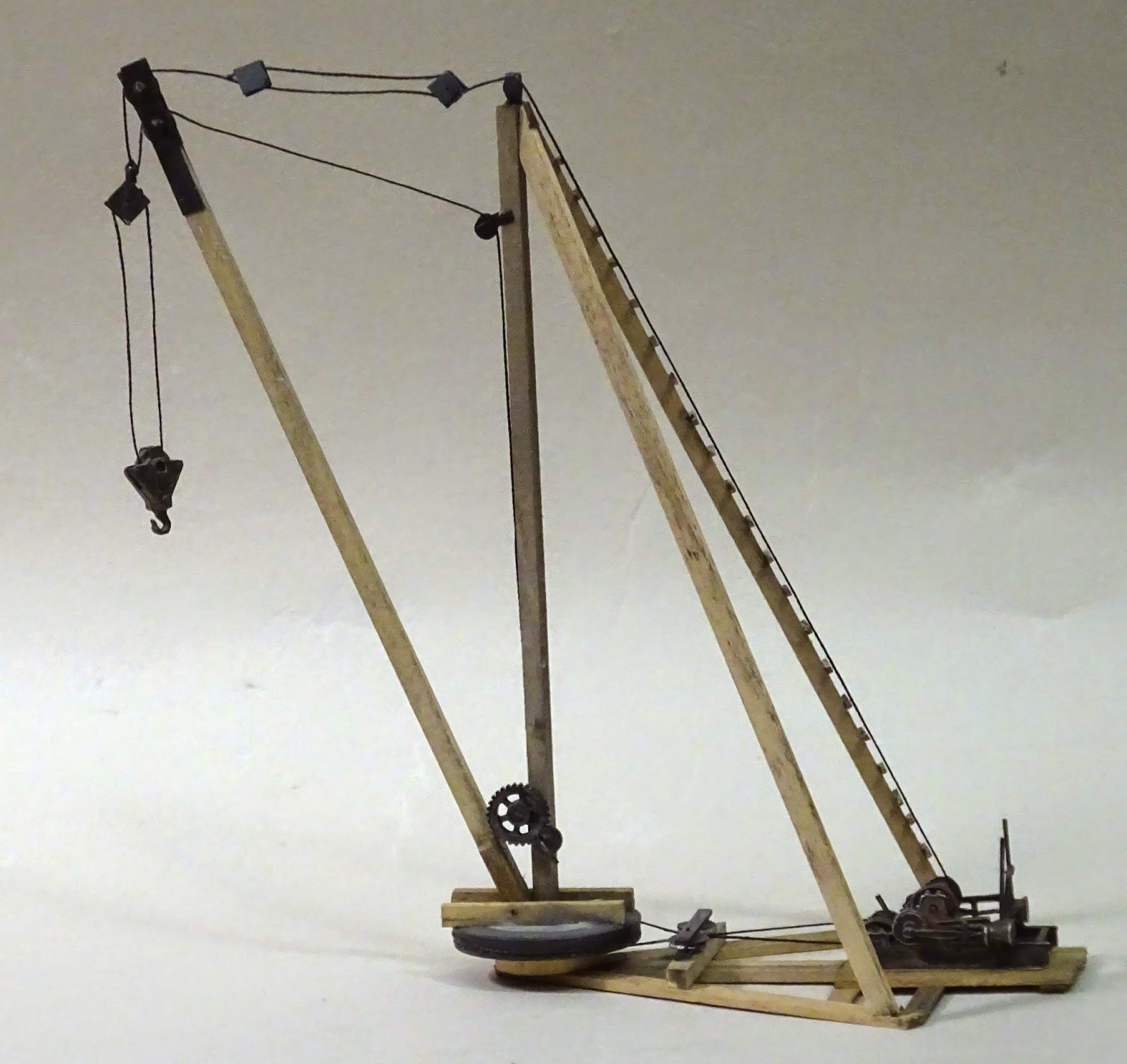 The derrick is scratch built with a few commercial castings.  The hoisting machine is a Rio Grande Models kit.  There are two drums on the hoisting machine - the upper drum controls lifting the derrick boom and the lower drum controls the bull wheel which turns the boom.  The far support leg has wood steps to allow the operators to climb for adjusting or repairing the derrick cables and pulleys.  About half of the pulley mechanisms were made from card stock and the other half are metal castings. 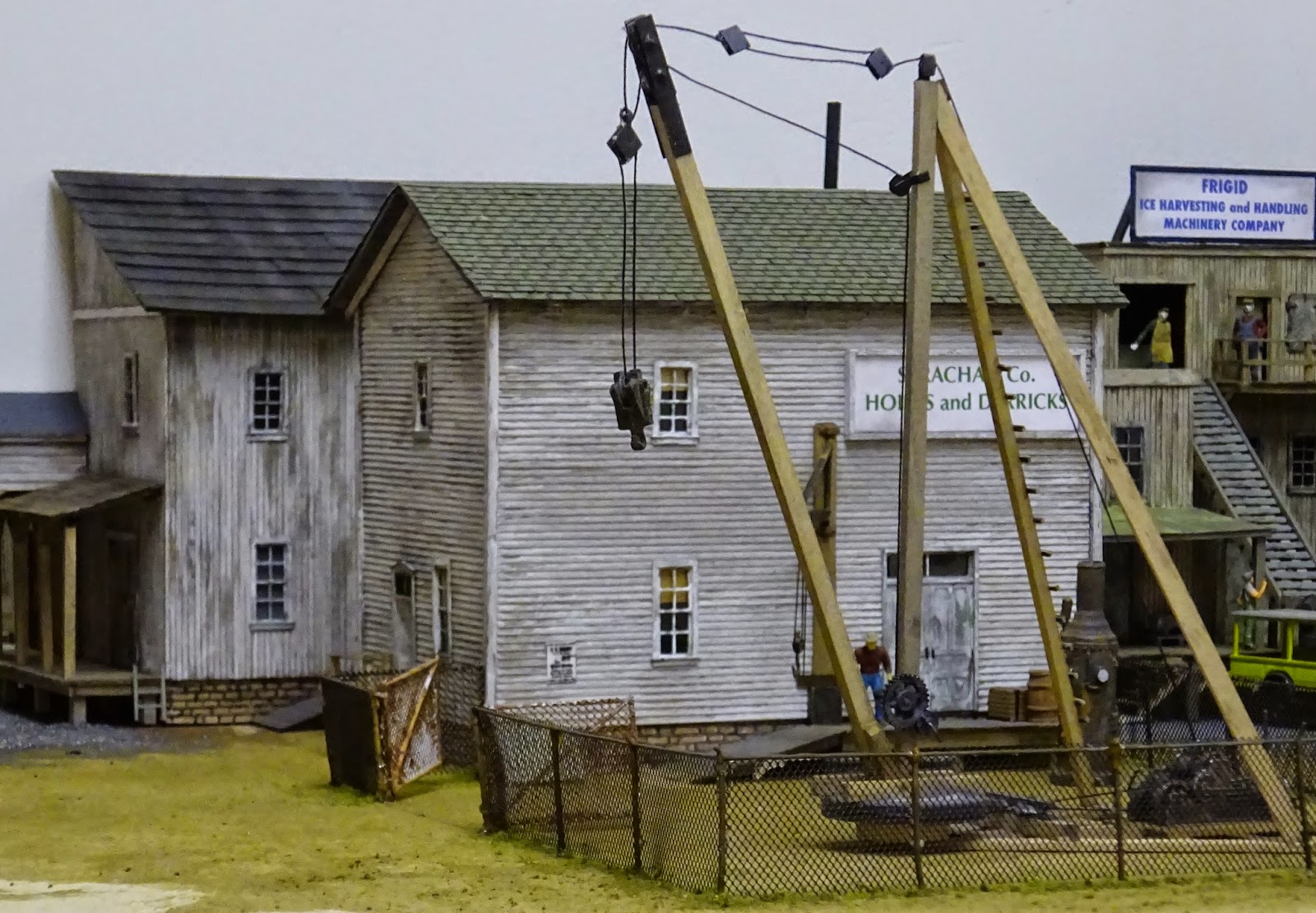 The photo above shows the derrick in the fenced assembly yard.

The hoisting mechanism will be powered by a stationary steam boiler.

After adding more details and scenery I will decide what my next industry will be - always challenging.

I have constructed a fence around the derrick assembly yard.  The fence was built from an Alloy Forms company chainlink fence kit purchased years ago.  The kits consists of brass post castings and aluminum fence mesh. 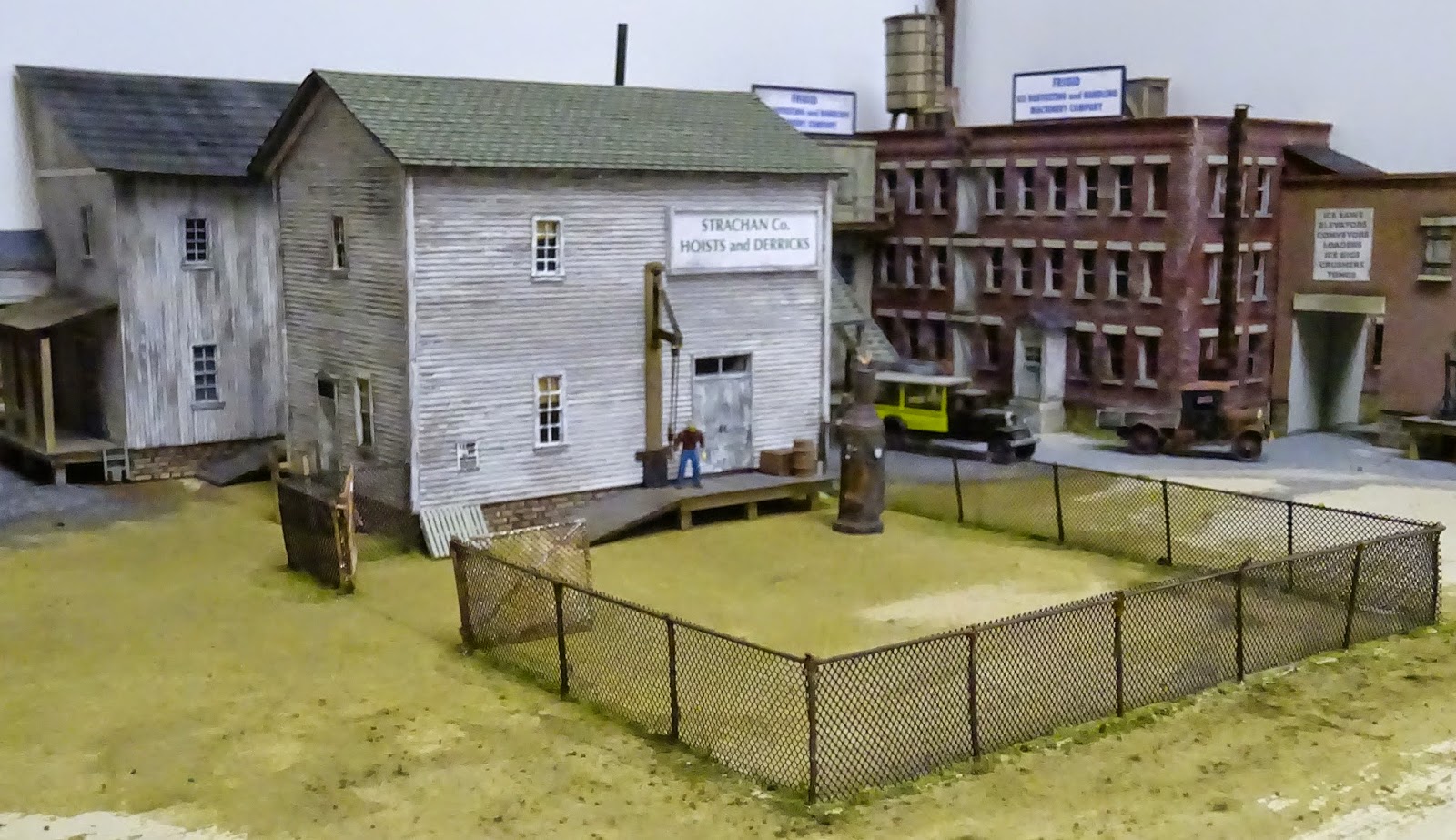 The gate on the left is open.  At this point the yard is empty except for a cast metal vertical boiler.

I am working on a moderately large stiff leg derrick which will mostly fill the fenced area.  I am scratch building the derrick and it is labor intensive.

Posted by Stan Knotts at 9:35 PM No comments:

Last weekend I went to a local tractor, steam and auto show.  They did not have the usual steam tractor which was a let down, but they had a bunch "new" vintage autos.  Interestingly most of them were Fords. 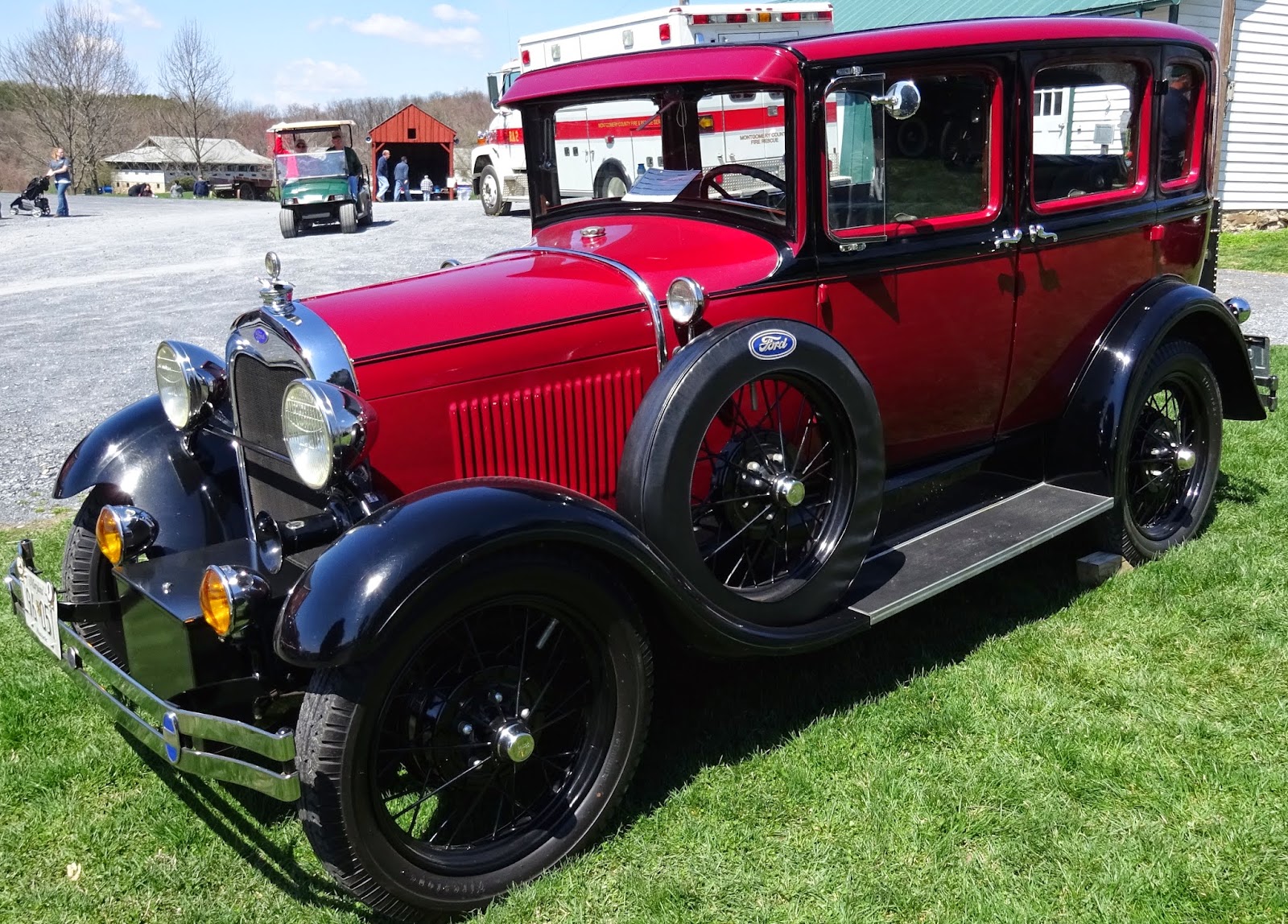 These autos were nicely restored. 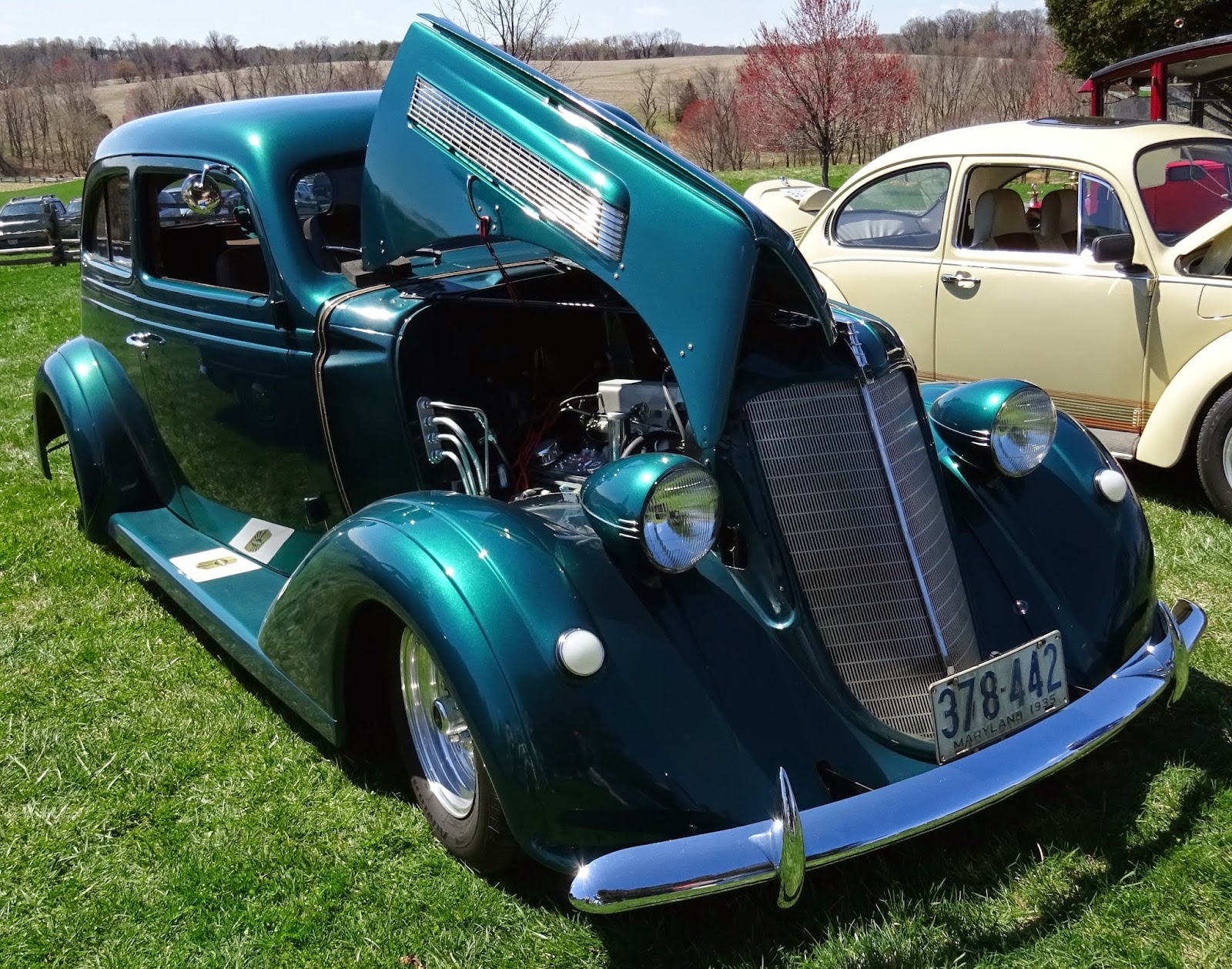 The one above is a Nash.  Now there is an old car name. 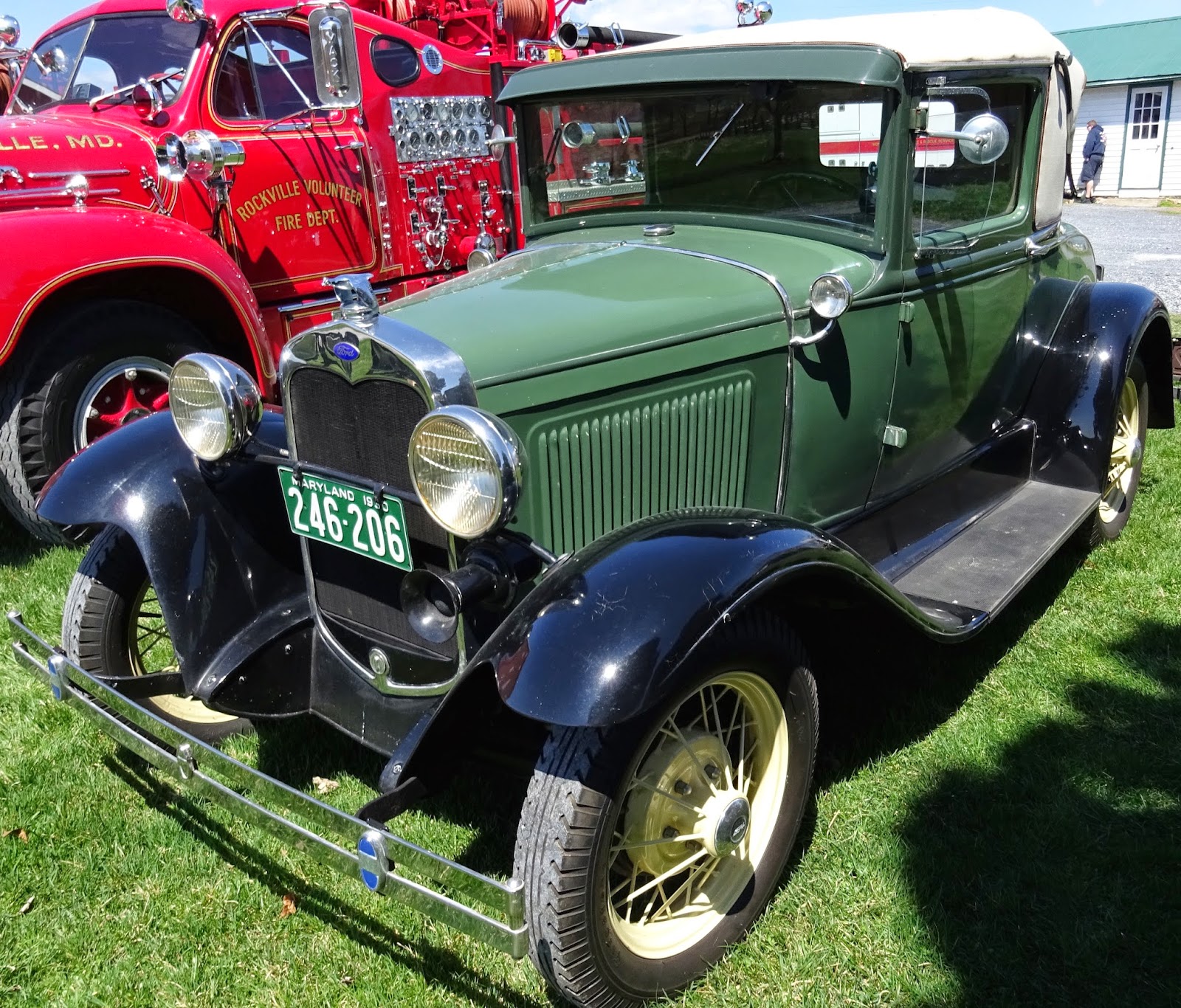 The cars were the first thing you saw when entering the show.  Next were vendors and many small put-putting steam engines.  I did not find any of those really interesting so I took no photos of them.  Among the vendors was a guy with an old standard gauge loco running around a track on a plywood platform.

He was as interesting as his train.  He proudly proclaimed how valuable they were and how hard to find.  My dad had some of them when he was a kid but when he grew up he traded them for a ham radio set.  He eventually became a radioman in the Navy.

There were rows of tractors of every vintage. 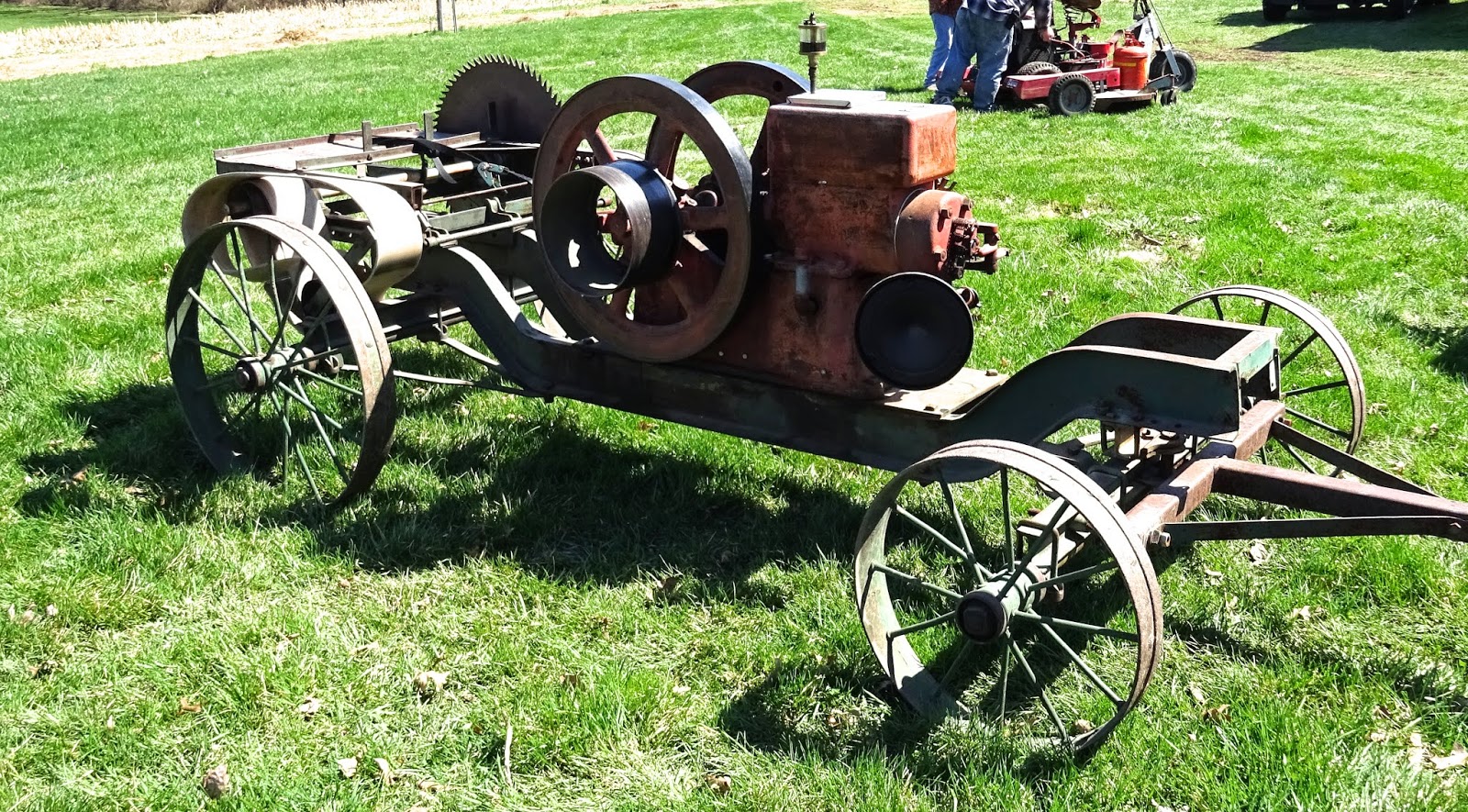 This interesting piece of equipment had an engine mounted on a wagon type platform and a pulley device at the back apparently for powering other equipment. 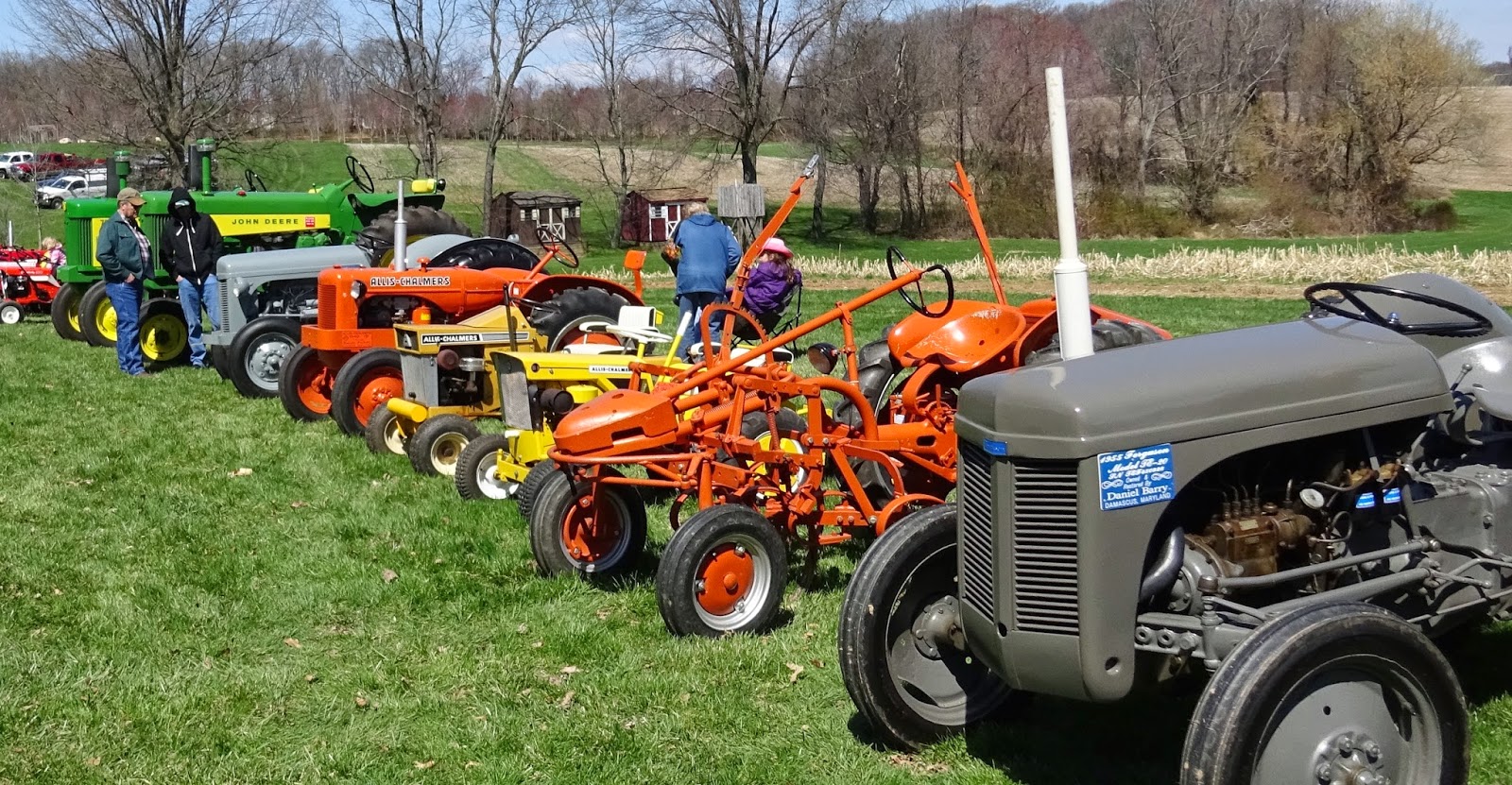 The above photo shows a row of the vintage tractors - all nicely restored.

It made me feel old that almost all of the vintage equipment was actually produced during my lifetime.

Posted by Stan Knotts at 1:19 PM No comments:

The structures for the hoist and derrick company are now complete.  They will next be installed on the layout and scenery added. 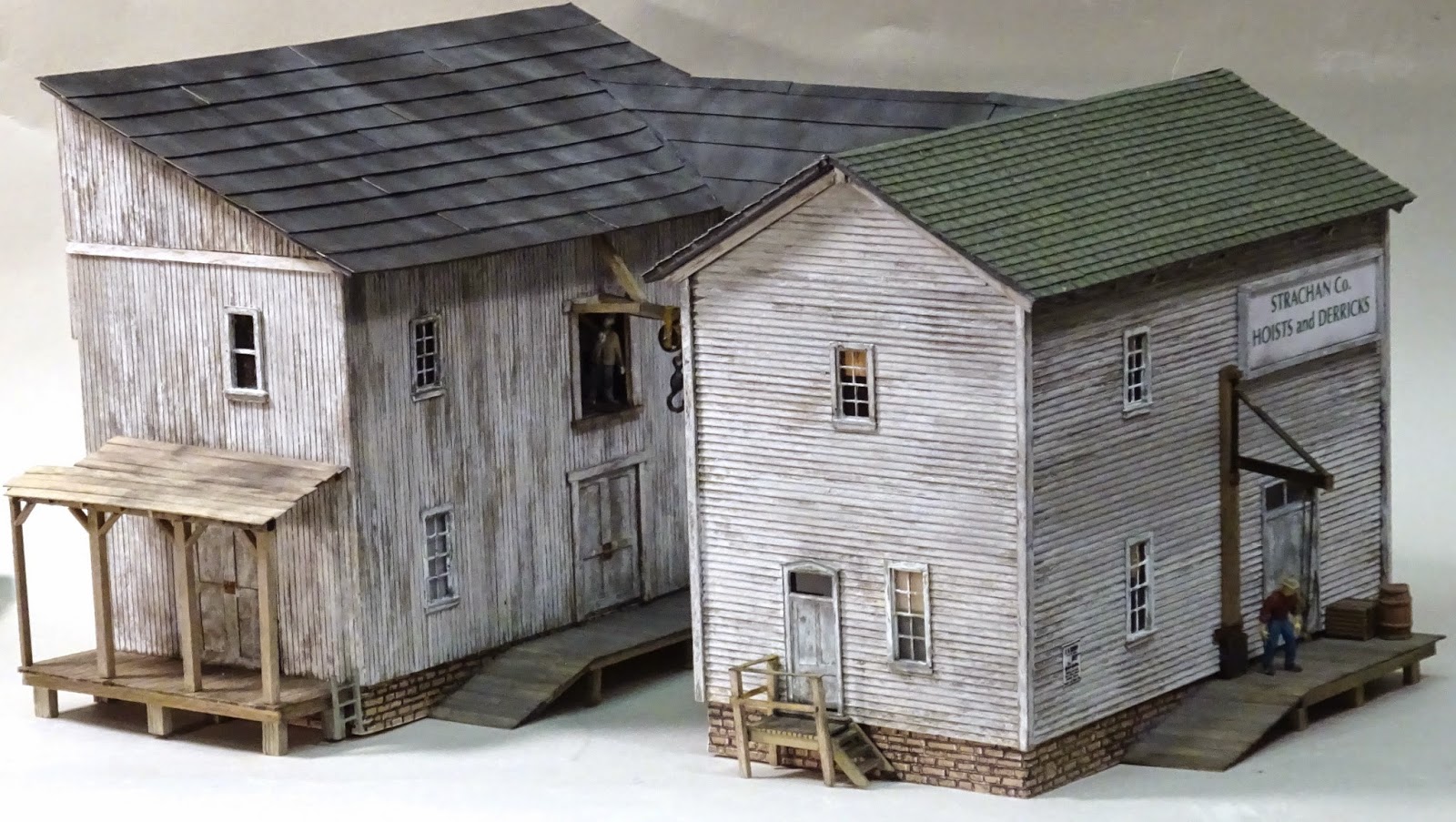 As previously described he footprint is a backwards "C". 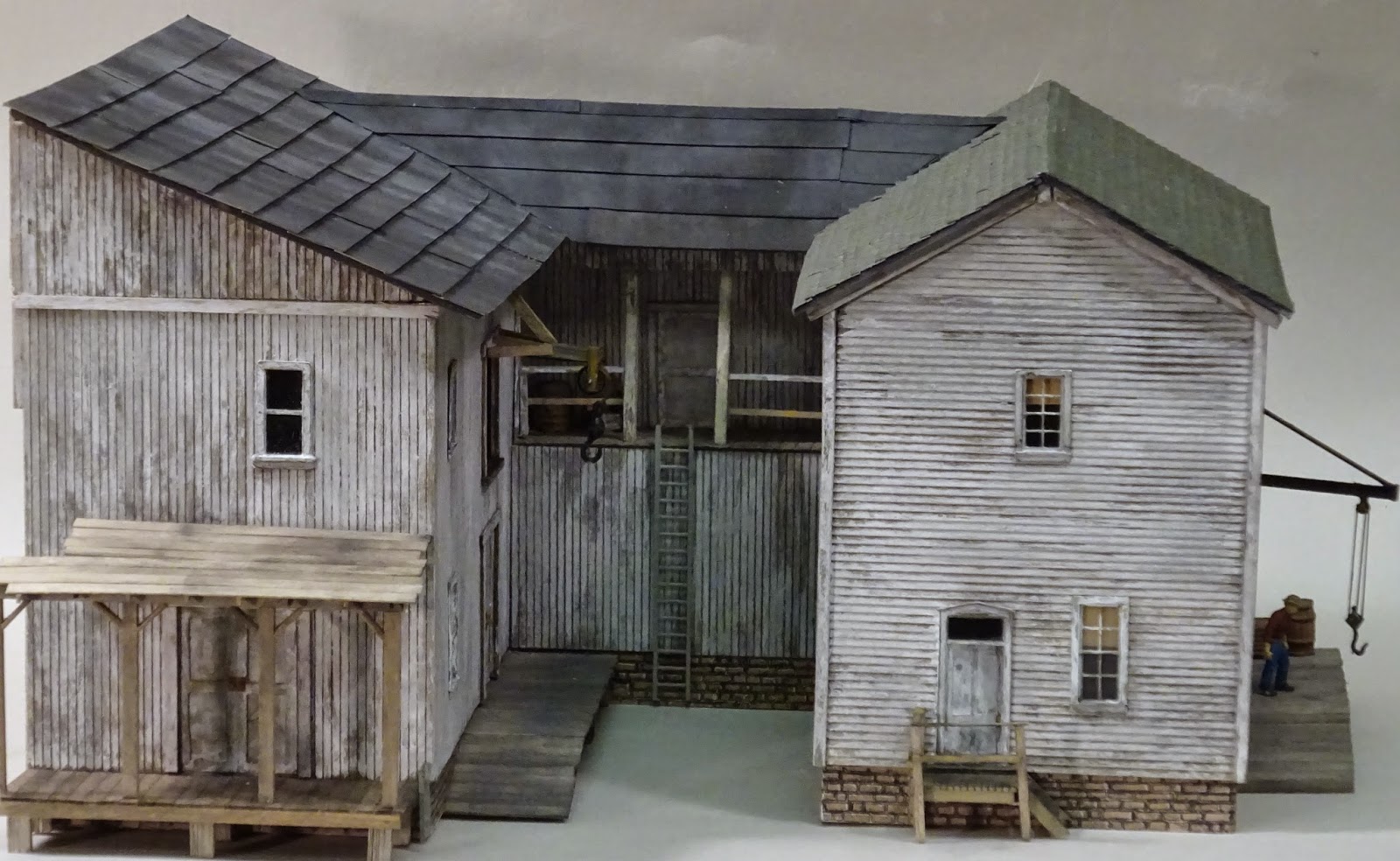 The area in the center will be for storage of wood supplies. 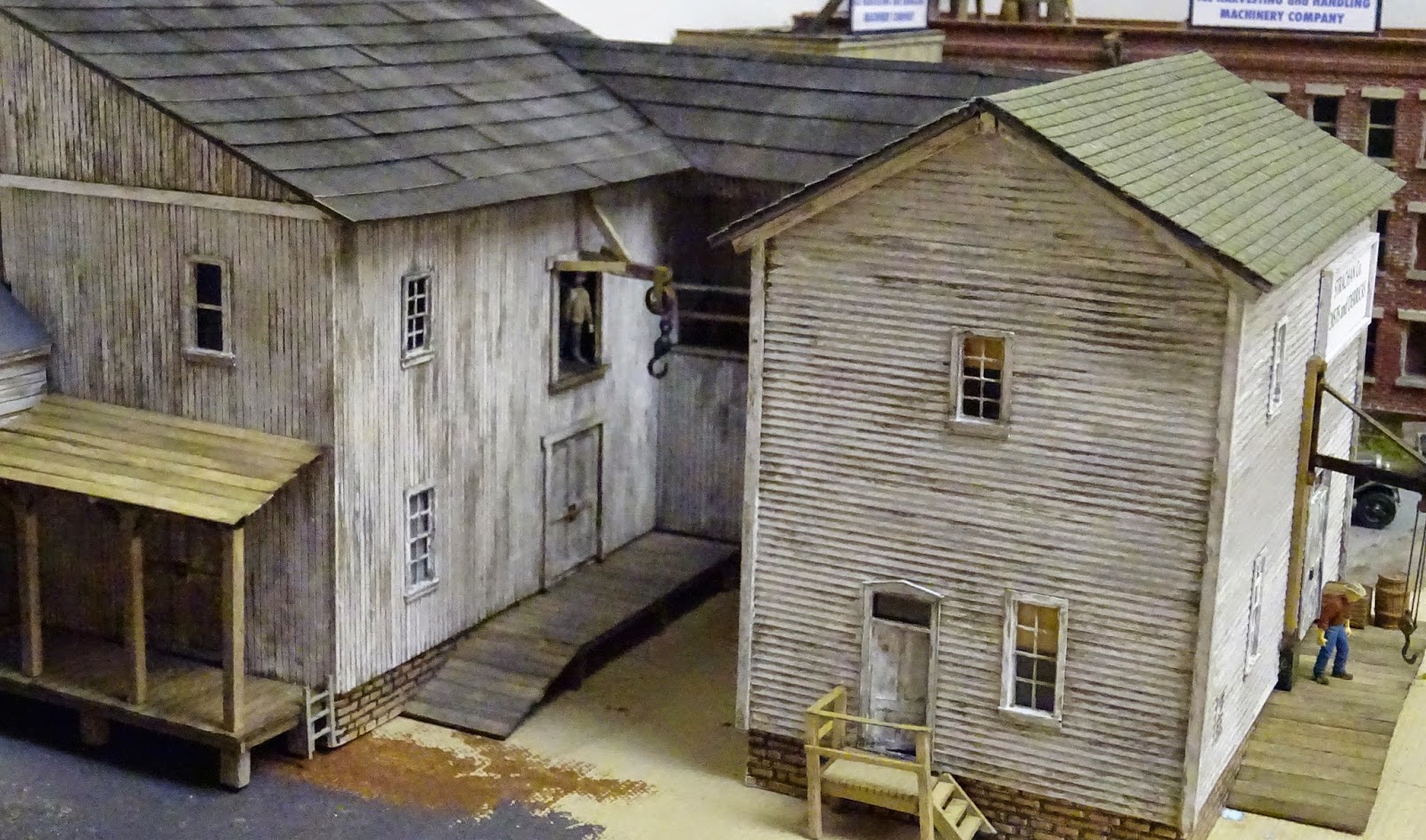 These photos show the structure installed on the layout. 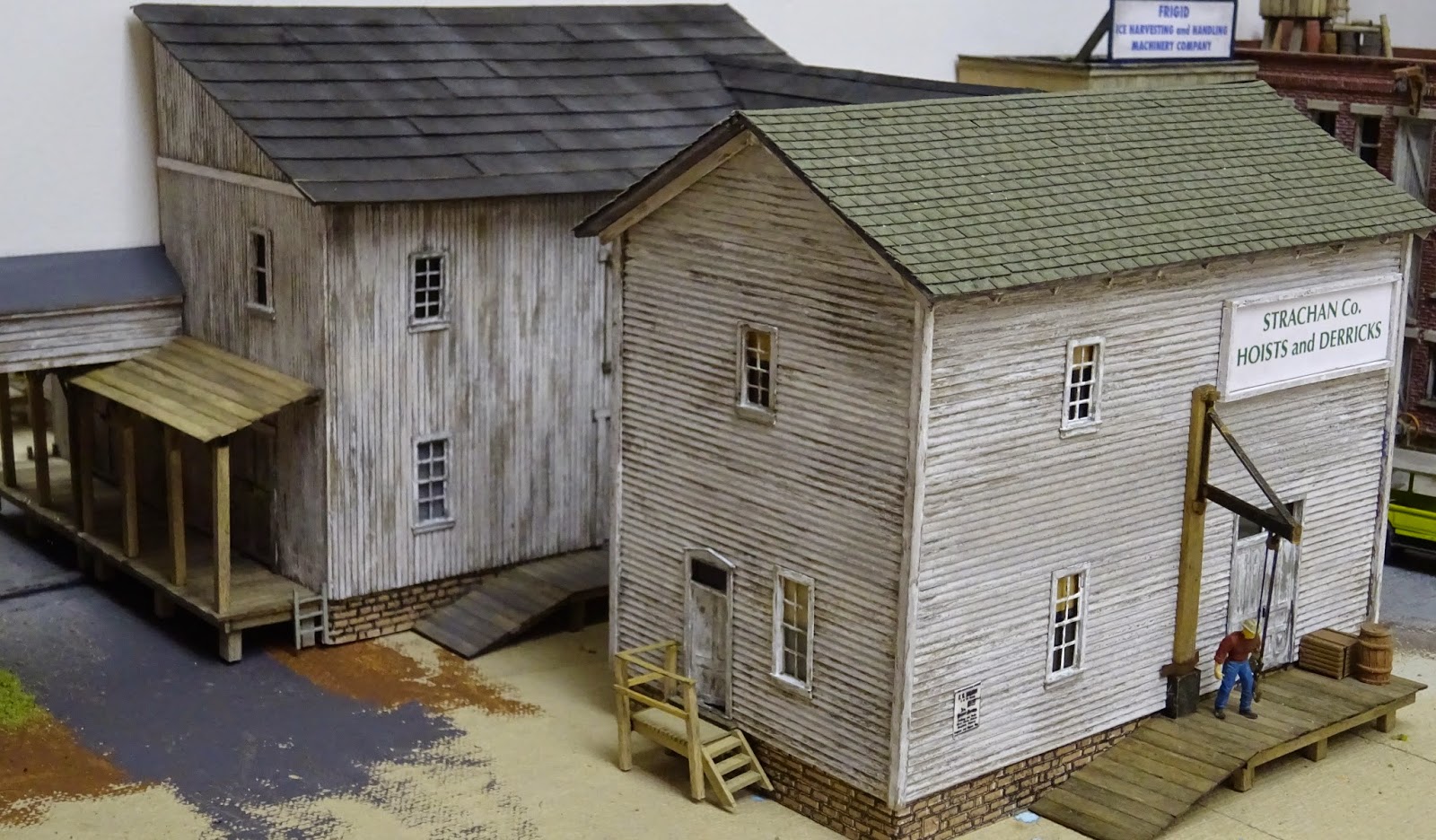 The scenery has not been added yet. 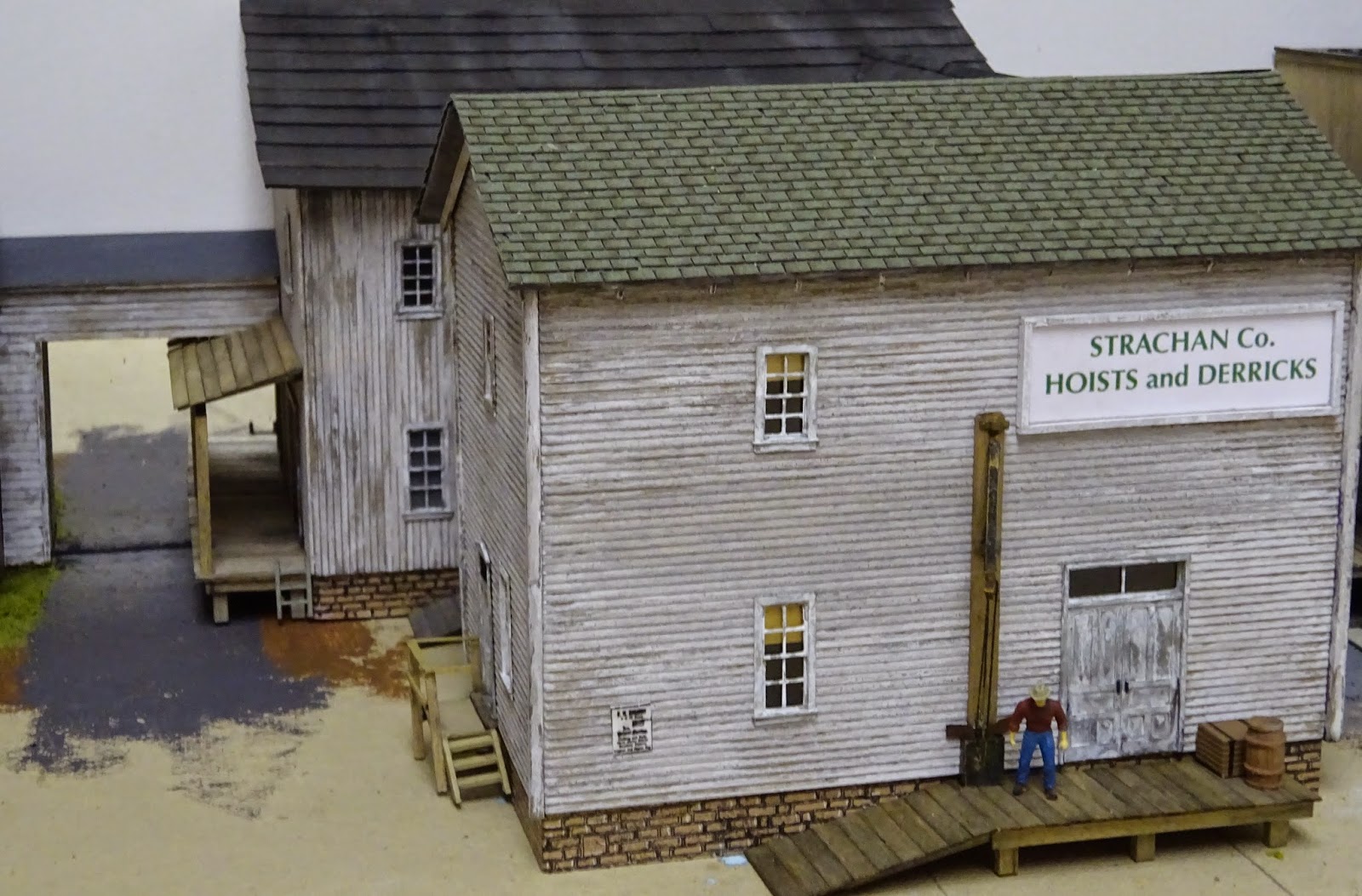 The derrick assembly area will be outside the structure in a fenced area.  I am not sure how many derricks I can get in there but there will be at least two.  They will be relatively small derricks.

Here are some examples of period hoists and derricks such as might be manufactured by my hoist and derrick company. This equipment was made in amazing variety, many for specific applications. 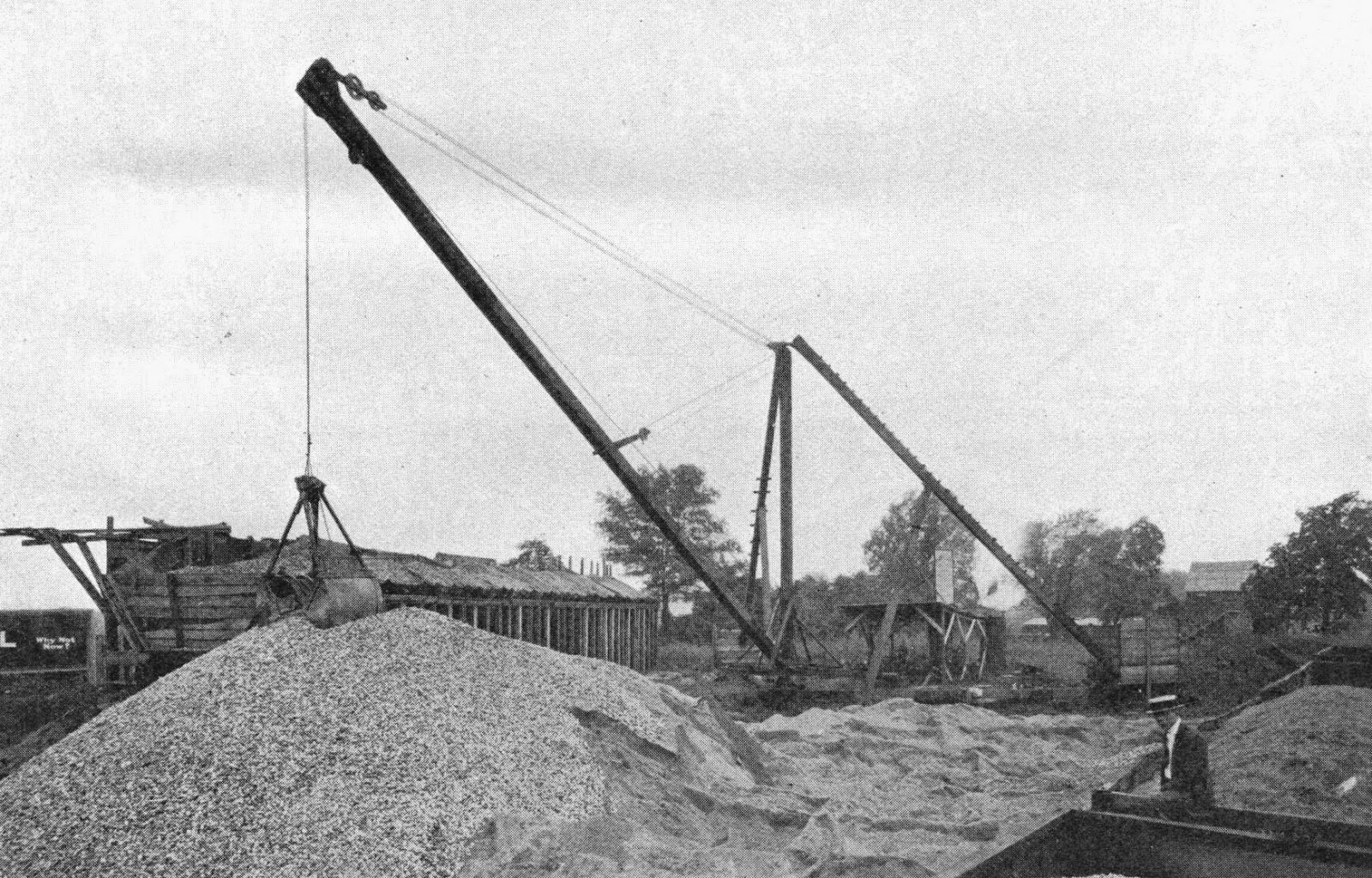 Above is a stiff leg derrick with a clam shell bucket handling crushed stone.

And above is a diagram of a stiff leg derrick. 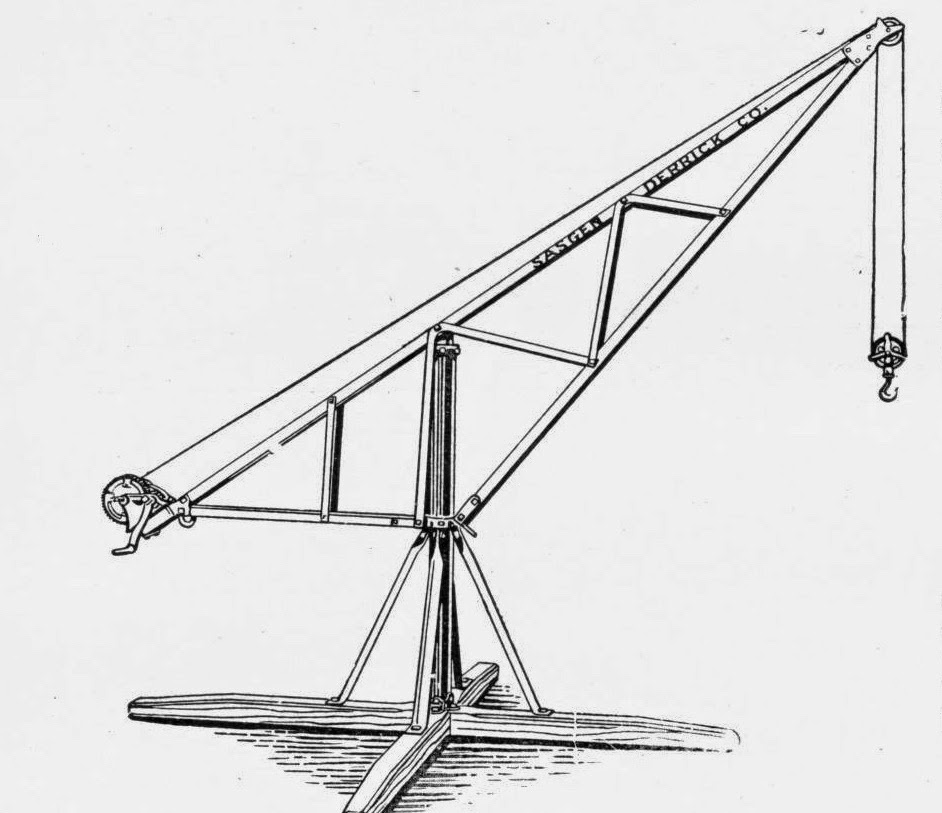 Here above is a smaller counter-balanced swing derrick. 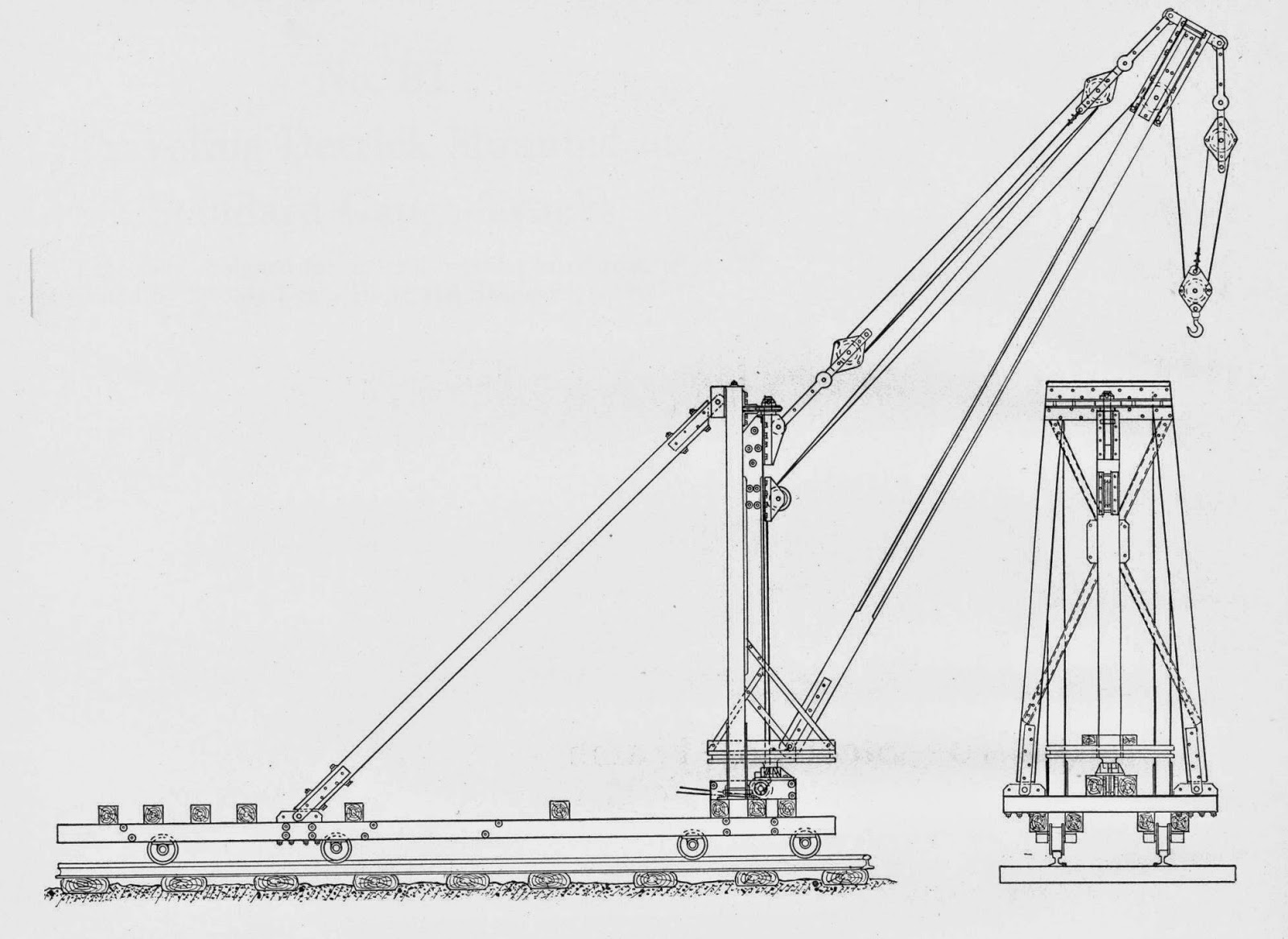 Above is a diagram of a traveling derrick on railroad trucks. 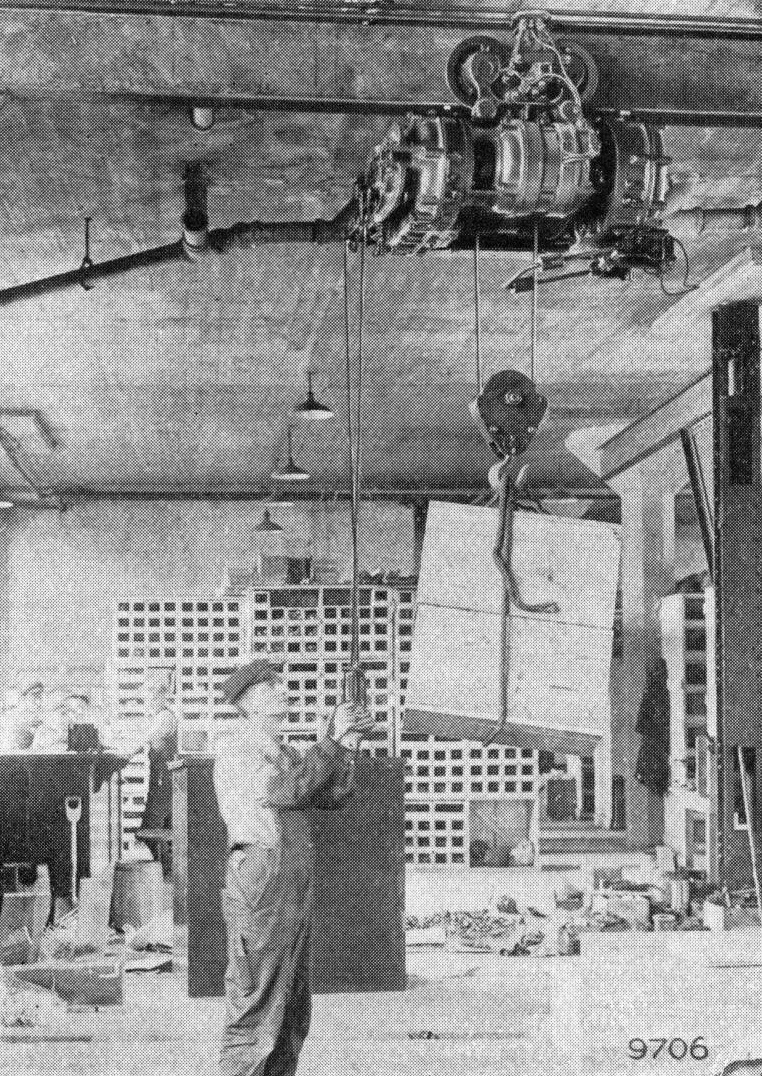 And last is a photo of an electric hoist.   The variety of hoists is huge and for some smaller hoists there appears to be a blur between what is a hoist and what is a jib crane.  I have many more examples but this should suffice.

I have added some details to the hoist & derrick company building three.  The hoist on the platform rotates left and right for almost 180 degrees.  It's purpose is to move items on and off of the platform.  The hoist is manually operated 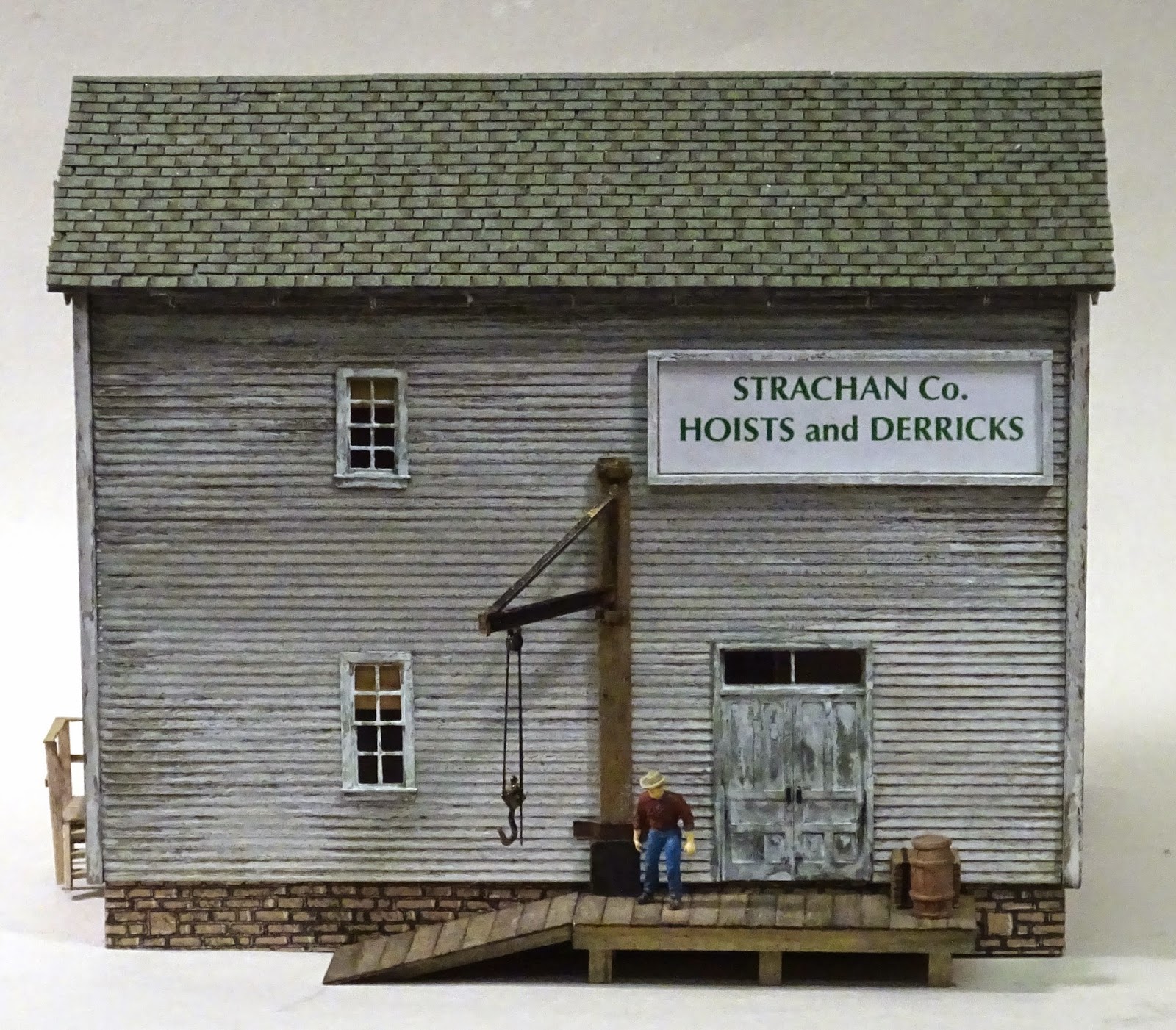 I have named the industry Strachan company in memory of a friend who passed away last year.  Most of the industries on my layout are named for friends.

I next will attach this structure to the other two then install them on the layout.  After installation I will add scenery including the derrick assembly yard.
Posted by Stan Knotts at 9:53 PM No comments:

This is the last of the structures in the hoist and derrick company complex.  It is not complete - still awaiting details including a movable hoist above the platform.  I decided to give this structure a different look.  It has wood clapboard siding and a shingled roof.  For the shingles I used self adhesive laser cut shingles by Precision Lasercraft.  They adhered nicely to the painted cardstock roof.  The windows and doors are all commercial styrene parts. 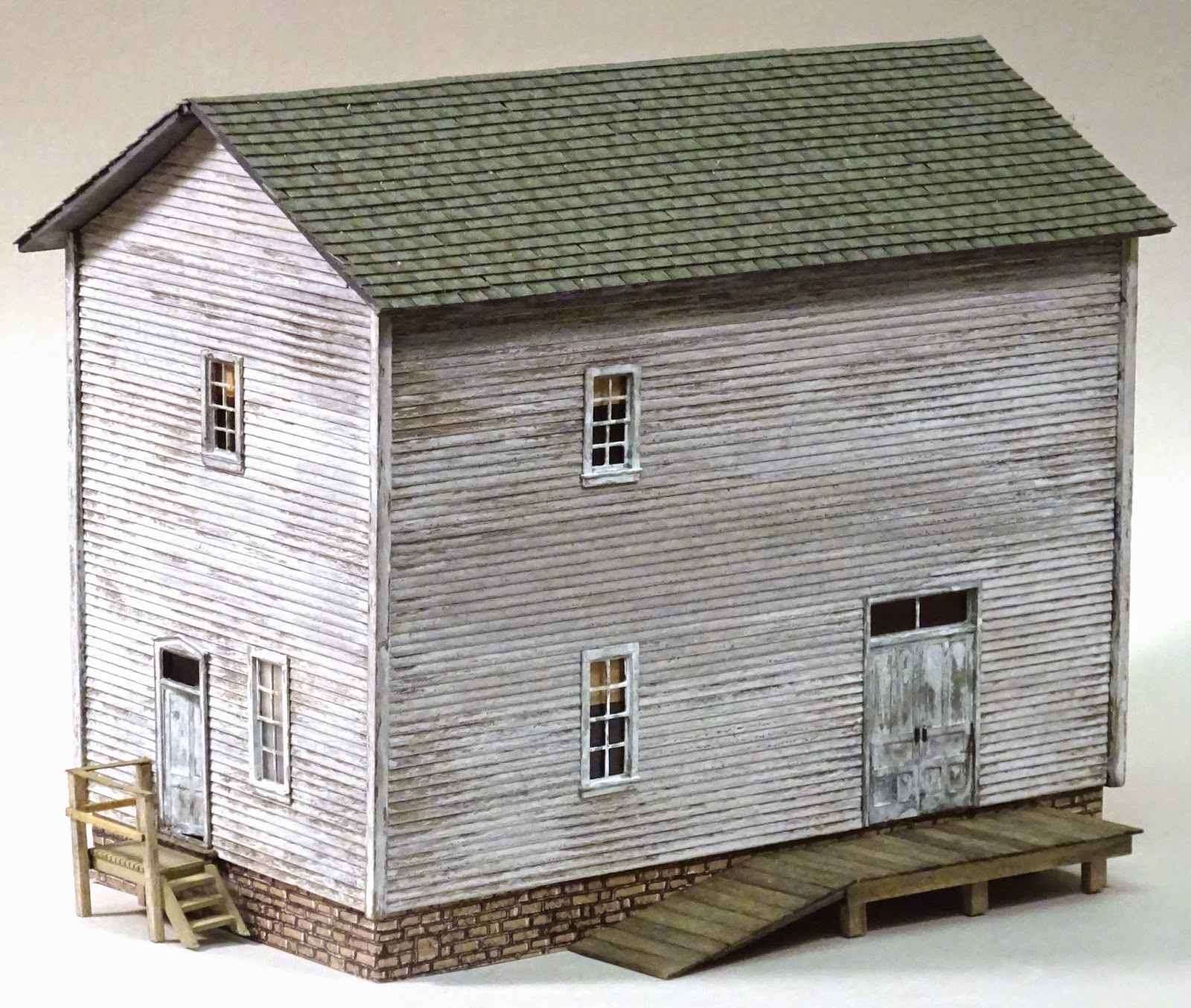 Once I have completed the 3 structures in this complex, connected them and installed them on the layout I will add the derrick construction yard which will adjoin the above structure including it's dock.

Posted by Stan Knotts at 9:22 PM No comments: