I have added the second building to the industrial vacuum company completing the industry, although additional features will likely be added.  The view below is what will be seen from the edge of the layout.  The track is on the other side of the industry. 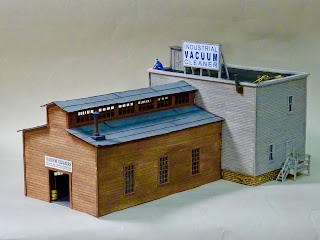 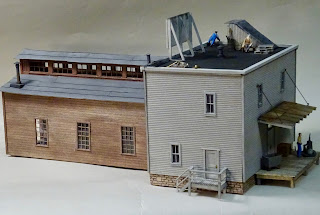 These photos are darker than I prefer but the recent computer operating system update changed the way the Photos process works and I am still trying to understand how to use it.  I have a number of details on the flat roof which are not easy to see in this photo. 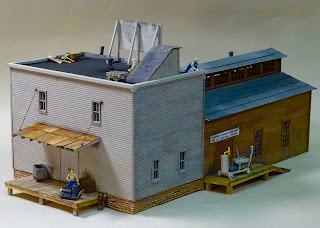 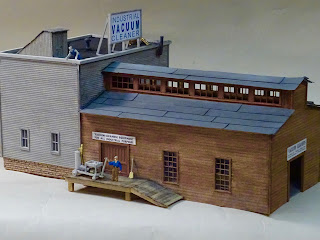 Next I will be installing the industry on the layout.

I received a brass steel hot metal car from my Railroad Industry SIG members some years ago after running the SIG for about 13 years.  I was working long hours at my job at the time and had mentioned  to some Sig members that I might stop doing the SIG.  As a result, at the next SIG meet they gave me a plaque and a vintage style steel mill  hot metal car with a nice plaque on the bottom dedicated to me to keep me going.  I eventually gave up the SIG after 20 years.  The SIG was picked up by one of the members then died a few years later.  This week I decided to paint and weather the hot metal car.

Above is a photo of the car.  I will place it near the steel mill on my layout. 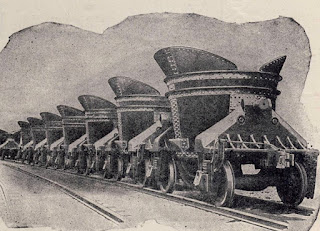 Above is a graphic of some steel mill cars from an ad in a very old book. 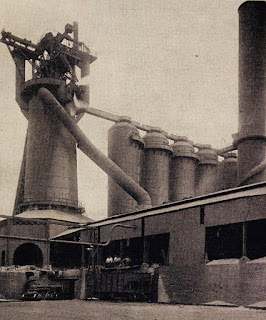 And above is a photo of an old steel mil from another old ad.

I thought I would put these items up to keep the blog fresh as I am still working on building number two of the industrial vacuum company.  It is taking me longer than expected, but then other things have gotten in the way of modeling - imagine that!

I have built a model of the Sturtevant light weight portable cleaner depicted on my last posting.  This model was made from wood,  plastic and metal parts.  I think I captured the essence of the prototype. I will be placing this model on the loading dock.  It is approximately 8' long and 7' tall. 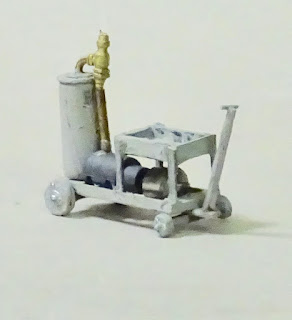 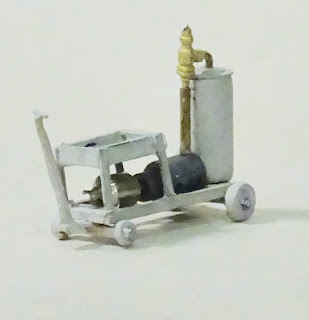 I may build other industrial vacuum models but next I will be building the other structures of this industry.

I also built a very old model truck kit.  It is a Weston 1914 Ford truck model which cost $2.25 when new - probably a fair price when it was produced.  It is a cast metal kit which I built essentially as the kit was designed. 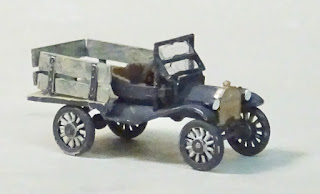 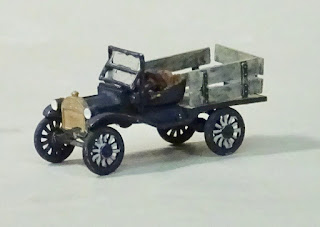 I find it interesting to build these old kits.

Posted by Stan Knotts at 9:27 PM No comments:

I have completed the industrial vacuum company shop.  There will be additional structures attached to the far end.  The shop has interior details which can be seen to some degree through the open door assisted by the various windows.  The details are all scratch built simulations of machinery with some figures included.  The windows in the upper section were made from sections of City Classics industrial windows and were a little tricky so took me longer than expected too make. 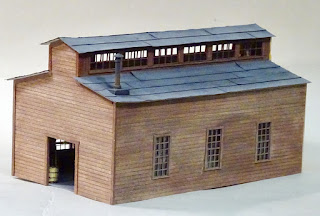 The side windows are by Tichy.  The tar paper strips on the roof are Builder in Scale/C C Crow. 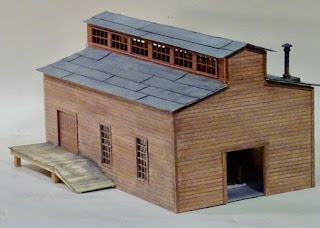 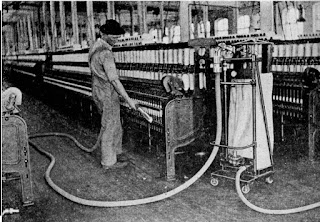 Above is an example of an industrial vacuum machine cleaning lint out between the spindle bases of a textile mill. 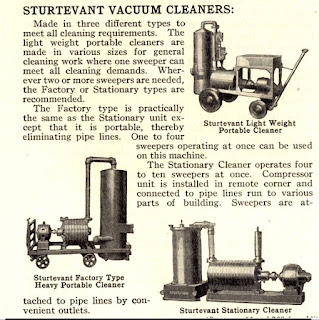 And above are examples of several styles of industrial vacuum machines.

Posted by Stan Knotts at 8:28 PM No comments:

I have started on the industrial vacuum company model - just three walls of the shop building at this point.  There will be a building or more of different styles attached  to the open end.   I am planning to make this look like an older industry that grew over time with various additions.  I will also be building one or more industrial vacuum cleaner models - likely sitting on the loading dock. 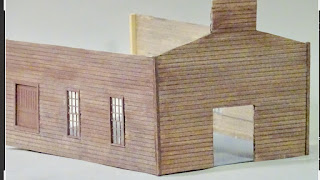 I also added an additional section to my layout inside of the "C" shaped addition I have been working on.  This will provide me with some additional space for structures and industries. 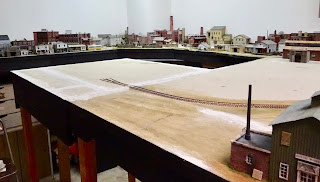 Above you can see the open space on the layout.  This is likely the last expansion I can make actually attached to the existing layout.

Years ago I visited a friend who lived in Phoenix Arizona,  His name was Fred (Phread) Henderson.  He was a frequent contributor to the NMRA Bulletin when Whit Towers was editor.  Phread built his layout in a small spare bedroom.  The last time I visited him he had expanded his layout to cover the entire bedroom area with the exception of a small pop-up area in the center of the room.  To get to the pop-up hole you had to crawl under the layout (on a carpet).  I do not recall how he reached much of the layout from there but it may have been by walking on the surface of the layout.  His model railroad was called the Unlikely & Improbable - a fun style layout such as my father had with his Troll & Elfin model railroad.  I will not be doing anything like Phread did.